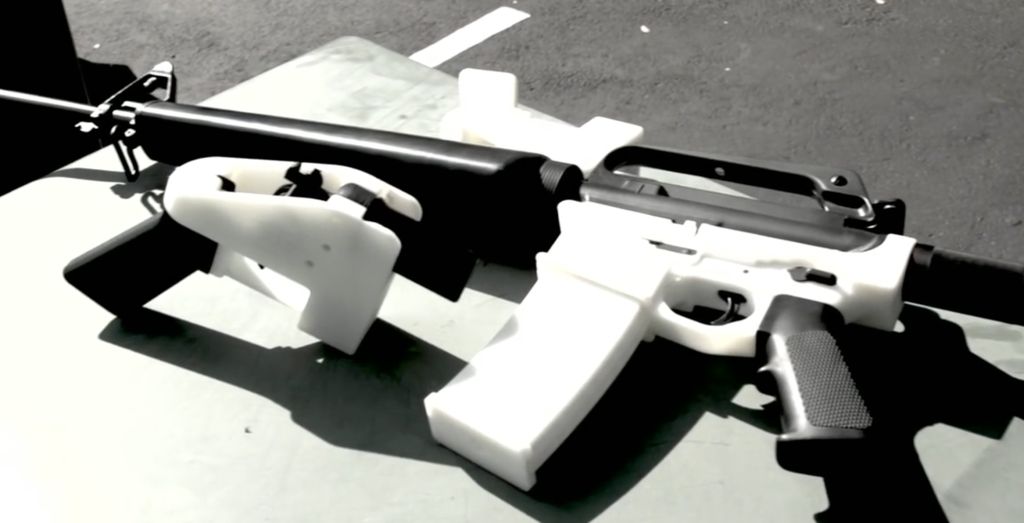 You might remember about five years ago hearing about a guy that printed a 3D gun successfully and you might have even read past that headline to discover he uploaded his plans so anyone with a 3D printer could print one too.
The guy, somewhat of an anarchist, Cody Williams dropped out of law school after his plans were downloaded over 100,000 times within only a few days and decided to focus solely on this project. Eventually he wants his website to serve as a code library for most all legal firearm models.
Naturally these plans and downloads caught the eye of the law and about a week later he received a letter from the US State Department demanding that he take down his printable-gun blueprints or face prosecution for violating federal export controls.

Wilson’s company decided to fight back teaming up with the Second Amendment Foundation and brought their lawsuit to a Texas District court in 2015s. Matthew Goldstein, Wilson’s lawyer says he was immediately convinced of the merits of Wilson’s position. “This is the case you’d bring out in a law school course as an unconstitutional law,” Goldstein says. “It ticks all the check boxes of what violates the First Amendment.”

The Department of Justice has now settled in a landmark case that will allow you have a right to distribute the source files online for 3D printed guns up to .50 caliber. With 3D firearms printing becoming cheaper and better every day this changes the landscape of the 2A battle. The “ghost-gun” genie is indeed out of the bottle as 3D source files will now be free game for all to download.

They also ruled that AR-15’s modern semi-auto sporting rifles such as the popular AR-15 and similar firearms are not inherently military. This completely dismantles the left’s arguement.

This case will have huge ramifications in the future. The gun control debate is essentially over.