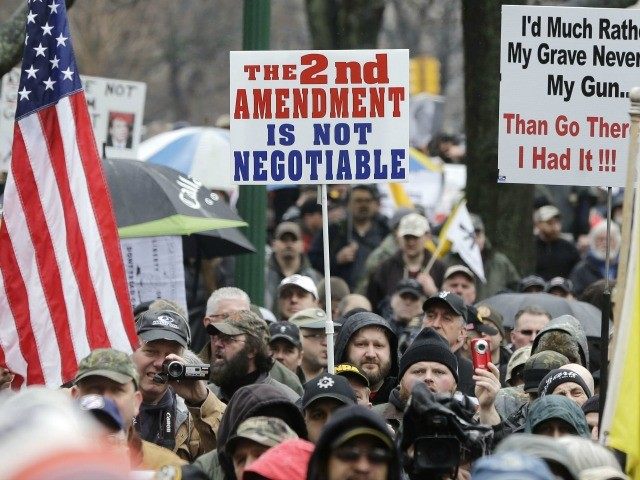 If folks are pushed to their limit there’s more than a chance they will act irrationally. This makes it so much easier to paint them in a bad light. Patriots are suddenly radicals. MLK understood this. How people react to citizens being arrested for practicing their Constitutional Rights is much different than how people react to an angry violent mob. And which reaction do you think the media is more likely to exploit?.
The leftist are masters of this ploy. Just look back at a Tea Party rally, looks like a church social and spotless when done. These are the people that are being labeled White Supremacist, Nazis, Racist, Fascist, homophobic, xenophobic, ad nauseam. If you push them to the point where they display anger, or worst case, violence then you can point to that as conclusive evidence.

Out of 95 counties 91 have enacted 2nd Amendment sanctuary laws. In other words these counties will abide be the 2nd Amendment of the Constitution rather than arresting people for practicing that right. And yet they keep getting pushed.

Virginia Democrats are on a tear to pass as much anti-Second Amendment legislation as possible and are sadly determined to shame the Commonwealth’s own state motto, “sic semper tyrannis,” or “thus always to tyrants”— a rallying cry against abuse of power.

In the last week, the Virginia state Senate passed three anti-gun bills, including requiring background checks on all firearm sales, limiting gun purchases to one in a 30-day period, and allowing localities to ban guns from public events. This was after lawmakers voted the week prior to ban all firearms from the Capitol building, citing the need protect public safety in anticipation of this week’s contentious gun bills. (Of course, the only real effect of this rule was long security lines, delaying staffers, citizens, and thus the votes).
continue at The Federalist…

Law and Justice with Antonin Scalia

Mark Levin tells the TRUTH about the 1964 Civil Rights Act